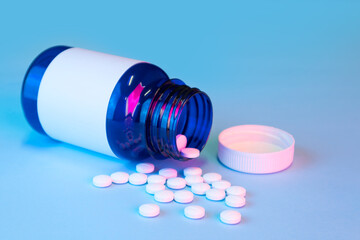 According to the Survey on Alcohol and Drugs in Spain (Edades), after alcohol, tobacco and cannabis, sedative-hypnotics (including tranquillisers and sedatives) are the most consumed substances in our country. Unfortunately, this trend has not stopped growing in recent years and has found a new consumer niche: people with high levels of stress and anxiety who use medication to end the situation.

Although the easiest thing is to blame the hackneyed excuse of the crisis and the family, personal and work changes caused by the economic situation, the truth is that during these last years of emergency, the rates of severe mental illness have not increased. However, the demands for primary care have increased to alleviate situations of adaptation, loss of socioeconomic and employment status, as pointed out by Julio Bobes, group leader of the Center for Biomedical Research in the Mental Health Network (Cibersam) and professor of the University of Oviedo. “This undoubtedly leads to an increase in medical consultations and, consequently, in prescribed anxiolytic and antidepressant medications,” adds Bob.

So, can we say there is a tendency to trivialise the consumption of medications to treat stress and anxiety? Marta Carmona, psychiatrist and deputy secretary of communication of the Spanish Association of Neuropsychiatry (AEN), indicates that it is risky to think like this. However, the threshold people consider necessary to take a tranquilliser has changed.

“It is a complex phenomenon, but some of the aspects that may be influencing the most are the progressive medicalisation of suffering, that is, the need to give a clinical name and label to discomfort to be taken into account”, explains Carmona and continues -, “saying I am sad seems less important than saying I have depression as if having a diagnosis endorsed the experience of the sufferer”.

Taking these drugs unnecessarily is not a trivial matter. And although they are generally safe drugs, if we extend their consumption and overuse them, there will be an increase in risks without implying that the clinical benefits of their use increase. This intake can have significant consequences for health and generate side effects on different body systems. One of the most critical aspects that Bobes points out is that they can cause addictive behaviours both because of the psychological dependence that they can produce, as well as the physical dependence; on the other hand, they can contribute both to road accidents and work-related accidents. “In the case of the elderly, they can accentuate cognitive and psychomotor clumsiness, that is, hinder recent memory and working memory, decrease attention-concentration capacity and reduce coordination capacity, thus facilitating tripping, falls with fractures, etc.,” he explains.

Whether people with mild or moderate adjustment, anxiety or depressive disorders should take tranquillisers and sedatives, rests with primary care doctors. These specialists are competent in managing these conditions both pharmacologically and psychologically. The problem comes when they do not have enough time and conditions in their office to treat these people.

“A priori, these types of problems should be solved with interventions in the environment in which they occur. For example, the best of antidepressants (or the best of psychotherapies, it is not an exclusive problem of pills) cannot resolve a labour conflict, the place to resolve it is the work environment”, affirms Carmona. “Now, in cases in which the conflict (family, work, couple, etc.) generates intense anguish that interferes with daily life, a medication that relieves the most disruptive symptoms and allows the person to become underway to resolve open conflicts”.

The expert emphasises that the problem arises when this “support” medication is not the exception but the norm and tries to become the primary solution. “A person who has been suffering for months due to a labour conflict, with an environment that barely has time and availability to give him support, who has been listening for months to have a horse depression and who feels completely overwhelmed, goes to the primary care doctor referring insomnia, restlessness, sadness and vital weariness. In 6 minutes, it is difficult to redirect months of narrative and say it is not depression, it is suffering consistent with your circumstances, and the solution is not here without the person feeling expelled.

The profile of people at risk of abuse of this type of drug is variable. Bob specifies that both tranquillisers and antidepressants are usually emotionally unstable people with general discomfort who seek to find a substance that resolves their global malaise or their global daily life situation. In addition, they are also usually young people with a tendency to addiction or who seek to alleviate the absence of other addictive substances, as is the case with poly-addicts.

So, what path should be followed to improve the situation? Carmona concludes that with another way of approaching this suffering, both clinically and socially, “the prescription of anxiolytics/antidepressants could be returned to more logical levels, in which they are used as physical help when there is no other remedy, and as a talisman.

A Better Way to Life: How to Improve Your Health

Breathing Exercise And Its Effects On Men’s Health

Why Is 3D Staging Software Required?

How to find Duplicate Images on the Internet?

Most Effective Ways to Search for Similar Images

What Do You Need to Play and Enjoy Online Casino Games? The Essentials

Portrait Paint with Acrylics Or Watercolour